Exploring a year of writing and performance

2018 proved to be a very busy year for Virginia Astley. It was a year which saw the publication of her book The English River, as well as a select number of performances – and some notable anniversaries. Here, we look over those events in our review of the year…

January is always a special time of the year as it marks the release of two significant records by Virginia: the A Bao A Qu EP in 1982, which marked her first release on the Why-Fi label and ‘Love’s A Lonely Place To Be’ in 1983, which was her first single release for the same label. It was the release of that single, and the subsequent airplay that it received, that helped to establish Virginia’s profile for the UK record-buying audiences.

Meanwhile, February marked the release of the Melt The Snow EP, a special 12″ release on the Rough Trade label originally released in 1985. As well as the title track, which encapsulated Virginia’s talent for pastoral pop (albeit with a suitably wintery theme), the EP also boasted two equally captivating instrumental tracks.

But in more recent years, Virginia has turned her focus to the written word. “I think there’s a deep connection between song-writing and poetry” commented Virginia in an interview for Literature Works, “They feel like hybrid forms of the same thing.” She also touched on the influence of Thomas Hardy and how her extensive musical career dovetailed into her more recent writing endeavours.

Achieving recognition for her poetry in recent times, Virginia had also embarked on a special project that connected with the country’s most well-known river course.

The English River told a story through a series of poems and photographs that told stories both evocative and personal. Its publication in 2018 also marked Virginia’s first dedicated book of poetry (following on from The Curative Harp, a chapbook published in 2015). The book attracted praise, including glowing reviews by Caught by the River and Write Out Loud.

Meanwhile, a series of spoken word appearances were scheduled to tie in with the book’s publication. Some of these appearances, often at select bookshops, also saw Virginia accompanied by daughter Florence on harp.

Virginia also appeared as Gideon Coe’s guest on BBC6 Music in July. She discussed the genesis of The English River, her writing and her extensive song writing career. Virginia also chose some of the music played during the show.

While most of Virginia’s appearances took place in the West Country, she also made a special appearance at Rough Trade in London to give readings from the book. She was also interviewed on stage by poet Will Burns.

In August, the VAW Facebook page dedicated several posts discussing the writing and recording of Virginia’s 1986 album Hope In A Darkened Heart. Our archivist Rob Brown tracked the album’s story, pulling in contributions from some of the people involved in the recording. This included the initial sessions at Wool Hall Studios in Somerset to George Martin’s AIR studios above Oxford Circus in central London (where Duran Duran were busy recording their Notorious album in the adjoining studio).

Perhaps one of the album’s most memorable tracks was the collaborative ‘Some Small Hope’, which featured David Sylvian. Rob Brown spoke to some of the personnel involved in the recording for their recollections. Recording engineer Tony Phillips recalled that the song was one of the last to be recorded. “I remember Ginny scribbling final lyric changes over breakfast at the Wool Hall. I can’t recall how or when Virginia created the initial idea for the tune, but Ryuichi Sakamoto concocted that whole weird groove and atmospheric thing in the studio. As for the vocal, she was way too insecure of her singing ability to have wanted to perform it “Live” in the studio with David Sylvian – therefore each of them recorded their vocal separately.”

“The first time I heard the melody was the day of Virginia’s and David’s vocal session” recalled programmer Masaki Sekijima, “Ryuichi and Virginia rehearsal was started around 10am or 11am. The reason why I remember is that we usually start our sessions in the afternoon. Sessions would usually continue until about 1am or 2am with meal breaks in-between. Ryuichi was playing the piano and Virginia was singing along with his playing. They were checking the matching of the melody and lyric, and Virginia’s harmony parts. David Sylvian came to the studio around noon with his Japanese girlfriend and the session started right away. The session took two to three hours.”

September marked the anniversary of Virginia’s 1985 single ‘Tender’, which was also her first single release for a major label (Elektra). Commenting on the composition at the time, Virginia said it was a song about “…someone hurting someone else but always thinking things are going to get better. It’s about having an affair with someone who is really going out with somebody else, and thinking ‘what’s the point?'”

Virginia’s classic album From Gardens Where We Feel Secure appeared on The 200 Best Albums Of The 1980s via Pitchfork. “…Gardens abandons the normal inclinations of song structure in favor of two side-long suites, an organic recreation of what it feels like to be cradled by a warm British afternoon in the countryside on a slow day. Its feeling is both ancient and eternal—many worlds away from our fast-moving, digital era.”

In October, Virginia and Florence Astley put on a captivating performance as part of the Sevenoaks Literary Festival. The event, which coincided with National Poetry Day, was given an extra flourish by featuring projections of Virginia’s photographs. Meanwhile, Florence’s mesmerising harp accompaniment gave a pleasant ambience to the performance.

In November, Virginia & Florence Astley staged a performance at Thomas Hardy’s former home, Max Gate, on the outskirts of east Dorchester in Dorset.

This month also saw some reminiscing about a rare song that Virginia dating back to 1986. ‘Le Song’ (‘A Day, A Night’) had originally been recorded specifically for use in a Japanese television commercial for instant coffee. The recording was subsequently released as a 7″ single before being added as a bonus track to the Japanese edition of the Hope In A Darkened Heart album.

Remembrance Day is a traditional memorial day observed since the end of the First World War. Taking place on the 11th November each year, the event commemorates members of the armed forces who have died in the line of duty. For the 2018 observance, we cast our eyes back to Virginia’s composition ‘Futility’.

One of the earliest songs that Virginia had composed, the song’s lyrics are drawn from the poem of the same name by Wilfred Owen. Considered as one of the most renowned poets of the First World War, Owen wrote ‘Futility’ in May 1918. The words have a simple, haunting quality to them that eschews the horrors of war. Instead, they tell a simple narrative about wishing for the power of the sun to rouse a soldier who has perished.

November also saw the anniversary of the aforementioned Hope In A Darkened Heart album, which was originally released in 1986. In a 2003 interview for the website, Virginia spoke about the album’s genesis and her thoughts on the album nearly two decades on. “I was reasonably happy. I mean, it wasn’t really the way I would do things but then I suppose that’s the thing about working with somebody else. They add something to it. I kind of feel that it was interesting, and he’s [Ryuichi Sakamoto] an excellent musician. And it was nice to have somebody else to make the decisions. It was a good experience.”

December also revealed an interesting story regarding one of Virginia’s early champions of her music on the radio. In the early months of 1982, Virginia had released her debut EP A Bao A Qu and the Ravishing Beauties were supporting the Teardrop Explodes on their UK tour. As well as record buyers discovering Virginia’s music for the first time, several broadcasters were also showing interest.

BBC Radio 1 presenters John Walters and John Peel, for example, were very early supporters of Virginia. But another keen supporter was Nottingham-based Radio Trent presenter John Shaw, who regularly played Virginia’s records on his late Sunday evening show Here Be Dragons. It was on this show in early 1983, that John interviewed Virginia about her then-current release, ‘Love’s A Lonely Place To Be’.

During his time as a music radio presenter, John would ask his guests to sign copies of their records. Amongst the many who did were the Ramones, Bryan Ferry, John Martyn and of course, Virginia Astley. Sadly, John Shaw passed away in 2013 following a short illness. But his huge record collection was made available for sale by his brother Nick Shaw, which enabled us to learn about this lost moment from Virginia’s early days.

December concluded with another performance by Virginia and Florence at Max Gate. Music, stories and poetry from Thomas Hardy’s time helped to bring the writer’s former residence back to life. 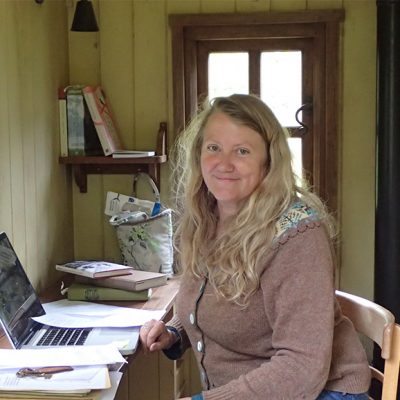 Acoustic explorations Virginia’s explorations into the acoustic and emotional resonance within the landscape of the... 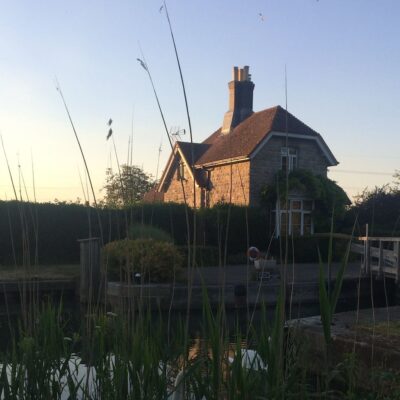 In a special piece for PLACE 2020, Virginia has produced ‘Grafton’, a spoken-word segment which... 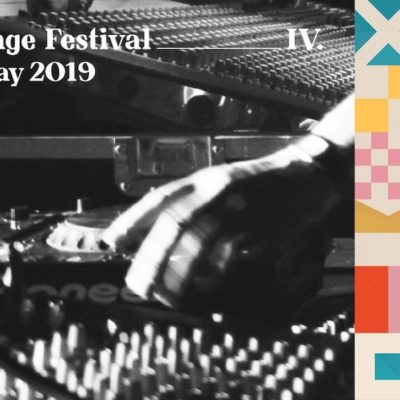 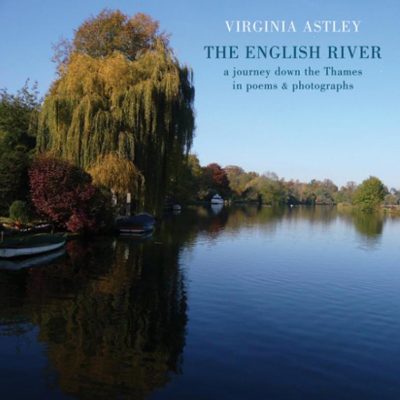 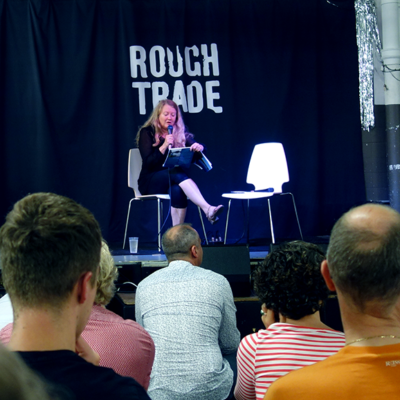 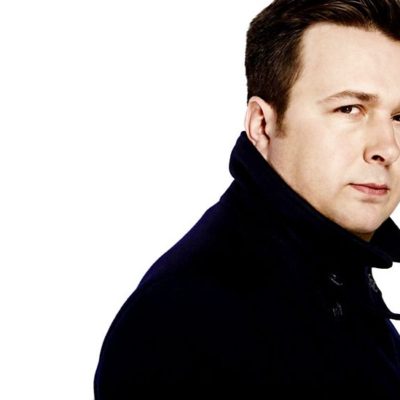