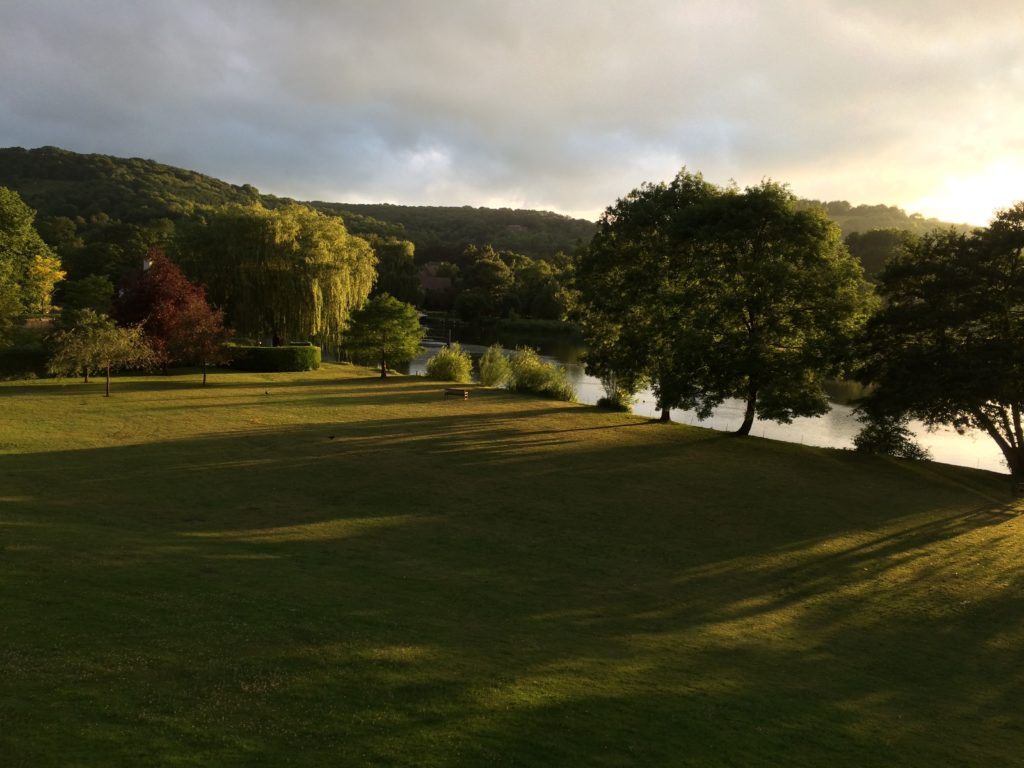 Writer Richard King has penned a glowing review for The English River on the Caught By The River website. Author of How Soon Is Now? and the forthcoming Original Rockers. The Lark Ascending, Richard offers an intriguing combination of review and insight.

Four years prior, Richard had met Virginia on the banks of the Thames for an afternoon discussing not just the appeal of the river, but also about her classic 1983 album From Gardens Where We Feel Secure.

[su_quote]For anyone who has spent hours immersed in the almost eerie, daydream state of From Gardens Where We Feel Secure there will be a moment of familiarity during ‘Moulsford To Cleeve’ in which Astley revisits the moment of shared family drama that inspired the record’s ‘The Fields Are On Fire’

those fields beyond,
how they blazed that time
the wind bellowed the stubble fire
and hearing a siren score the night air
we opened the door to watch
flames taking hold
blow-torching the hill.

Stubble burning has been banned in the United Kingdom since 1993. This incident from childhood remains lodged in the memory, but has now been amplified and distorted by the intervening years since it inspired Astley’s piece of music. What had once belonged to the more immediate past is now part of life’s archives.[/su_quote]

The review reveals a lot about the foundations for Virginia’s work on the book, but also offers a glimpse into how her earlier work dovetails into her writing output.